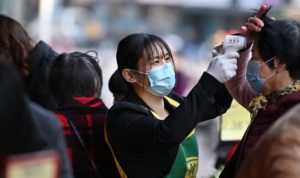 London (United Kingdom) – February 10, 2020 (travelindex.com) – Co-operation between public and private sectors within Travel and Tourism is essential to mitigating the impact of the coronavirus, according to the World Travel & Tourism Council.

Ms. Guevara, former Tourism Minister of Mexico, was closely involved in 2010 with the aftermath, and then recovery, of the Mexican outbreak of the H1N1 influenza virus in 2009, which led to fatalities and a significant impact on the country’s economy.

The move from WTTC comes as airlines around the world, including leading carriers such as United Airlines, Delta Air Lines, Lufthansa, Air France, British Airways and Virgin Atlantic, suspended flights to mainland China to help contain the spread of the virus.

Major hotels groups such as Hilton and Accor have also taken action, offering customers free cancellations at a number of hotels within Greater China.

Gloria Guevara, WTTC President & CEO, said: “Combatting the spread of the coronavirus is absolutely crucial and the global Travel & Tourism sector has a vital part to play. As expected, the private sector has stepped up to offer its support and come together during this crisis by putting people before profits.

“It has helped curtail travel in affected areas, with airlines cancelling flights and hotels suspending reservations. Meanwhile, travel providers have offset the impact on customers by providing full refunds to people who want them and future flexible travel options to those looking to travel at a later date.

“The public and private sectors working in tandem is essential to helping contain the spread of this new virus strain and protecting the public. The resilience of the private sector is shown in its determination to overcome whatever challenges are thrown its way to minimise the economic impact of such events. But there is always more that can be done in what is a rapidly changing situation.

“Information sharing is vital. We would urge even closer cooperation between public and private sectors, not only in China but further afield, across Asia Pacific, Europe, Africa and the Americas. Rapid action can help limit lasting damage and the economic impact on the global Travel & Tourism sector, an industry that generates 10.4% (US$8.8 trillion) to global GDP.”

WTTC says previous viral outbreaks show how devastating their effect can be. The worldwide economic impact of H1N1 was estimated at up to US$55 billion, with the loss to the Mexican tourism industry valued at US$5 billion after the 2009 outbreak.

A similar economic impact affected China, Hong Kong, Singapore and Canada after the 2003 SARS outbreak, damaging the global Travel & Tourism sector by between US$30 and US$50 billion. China alone suffered a 25% reduction of tourism GDP and a loss of 2.8 million jobs.

Analysis of previous major viral epidemics by experts from WTTC, shows that the average recovery time for visitor numbers to a destination was 19.4 months, but with the right response and management could recover in as little as 10 months. Many lessons have been learned since the 2003 outbreak, which have been implemented recently to stem the spread of the virus.

WTTC supports WHO recommendations for travellers, and the general public, to reduce exposure to and transmission of a range of illnesses including frequent hand cleaning; covering mouth and nose with flexed elbow when sneezing or coughing; avoid close contact with anyone who has a fever and cough; avoid direct, unprotected contact with live animals as well as the consumption of raw or undercooked animal products.

For the past 30 years, WTTC has conducted research on the economic impact of Travel & Tourism in 185 countries. In 2018, the Travel & Tourism sector experienced 3.9% growth, outpacing that of the global economy (3.2%) for the eighth consecutive year. Over the past five years, one in five jobs were created by the sector, making Travel & Tourism the best partner for governments to generate employment.